Sabrina Hersi Issa is an award-winning human rights technologist focused on global advocacy and media innovation. She leads projects leveraging technology and media to improve access to direct services and press freedom. She writes regularly about technology, culture and social issues and is a nonstop champion for women in technology. 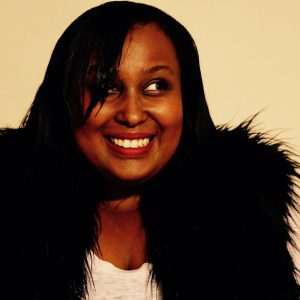 Sabrina Hersi Issa cares about living her values and keeping black and brown people alive, well and thriving. She is a human rights technologist committed to leveraging innovation as a tool to unlock opportunity and dignity for all. She does this through her work in technology, media and investments.

Sabrina is the Entrepreneur-in-Residence at New Media Ventures, a venture firm supporting a portfolio of entrepreneurs tackling the biggest challenges facing democracy today. She is the founder of Survivor Fund, a political fund focused on championing the rights of survivors of sexual violence and building political power for survivors. Presently, she is an opinion contributor for NBC News where she writes about technology, power and human potential. She’s a contributor to the new anthology Believe Me: How Trusting Women Can Change the World and co-author of the forthcoming report The Ecology of Ethical Technology.

Previously, Sabrina was an opinion writer for The Guardian, writing regularly on technology and human rights and her work has been featured in the Washington Post, USA Today, National Public Radio, Lifehacker, Refinery29, Stanford Social Innovation Review, The Nation, Colorlines, Levo League, Columbia Journalism Review and other outlets.

She is one of Forbes Magazine Top 30 under 30 for Law & Policy and the Women’s Forum for the Economy and Society named her a Rising Talent, a special distinction for women leaders in global business and leadership. Friends of Europe recognized her as a European Young Leader for North America and Ebony Magazine featured her in its Power 100 list of the country’s most powerful Black Americans. Washingtonian Magazine named her a Woman to Watch as part of it’s annual Most Powerful Women issue.

As a fellow at the Roosevelt Institute, Sabrina worked on issues related to technology, human rights and humanitarian disasters. She has worked for Afghans for Civil Society, Oxfam America, NBC News and National Public Radio. She was a co-founder of End Famine.

She has served on the board of directors of The Project for Middle East Democracy and NARAL Pro-Choice America and sits on the Advisory Boards of TechCongress and Run for Something.

Sabrina is a graduate of Ohio State University where she studied International Relations & Diplomacy, Political Science and Women Studies.

Sign up to receive my every-so-often email newsletter below. Brina in your inbox!